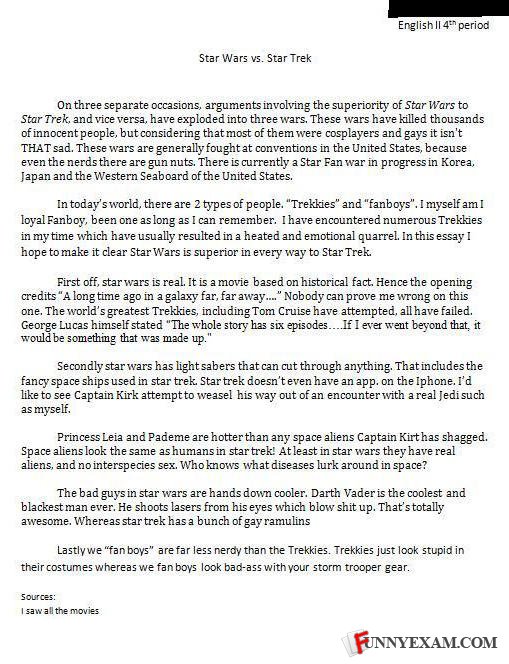 "First off, star wars is real, it is a movie based on historical fact"